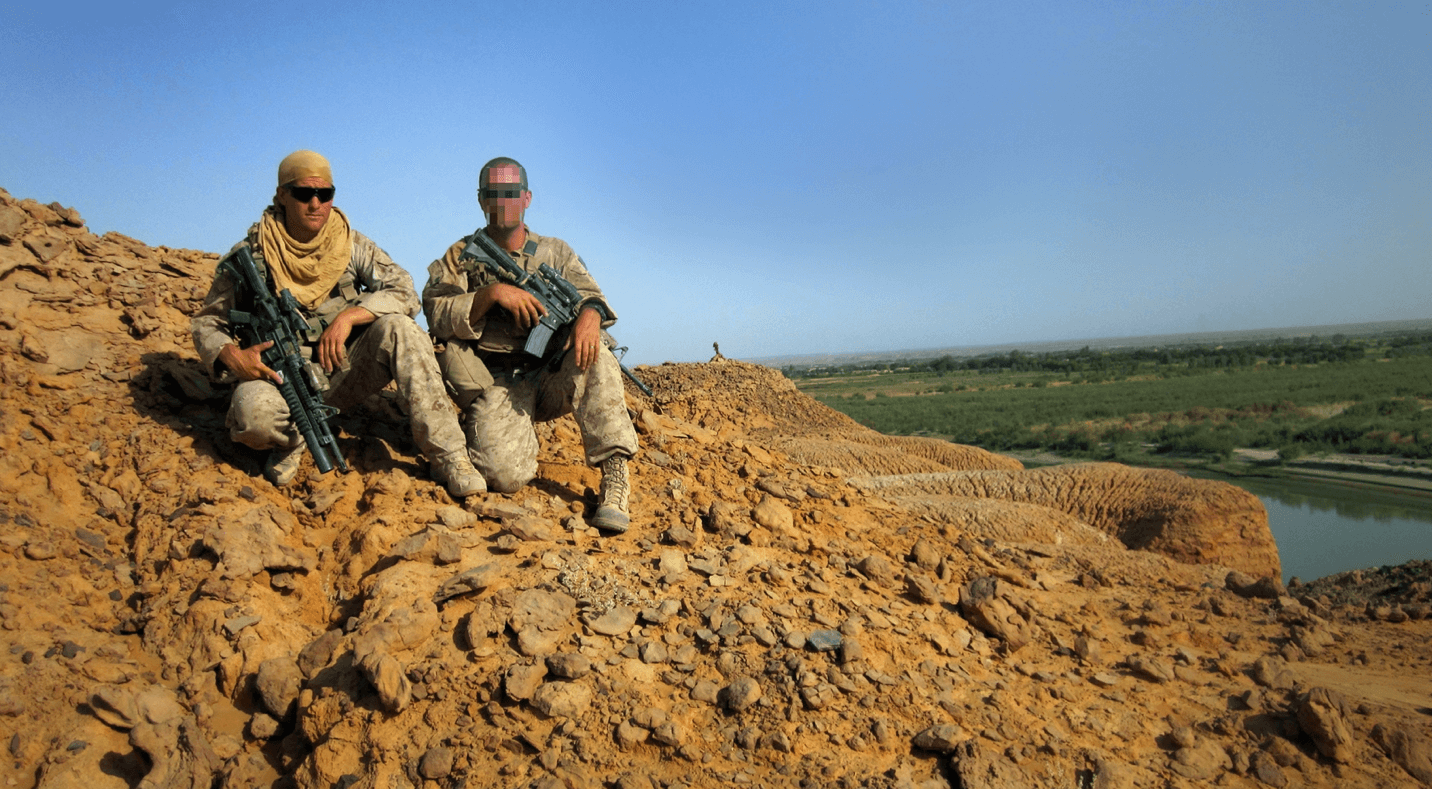 
On this Armed Forces Appreciation Day, I salute those who stand ready to defend America, our freedoms, and our unique way of life.

For many, joining the Armed Forces is difficult to imagine. It is difficult to appreciate what you don’t understand. So, I thought I might try my hand at describing the nature of those who allow others to “…sleep peaceably in their beds at night because rough men stand ready to do violence on their behalf.” After all, I might know a thing or two about them.

After fighting in Iraq, Afghanistan, and/or anywhere else, it was always surreal to come back to the U.S. and find everyone living as if nothing else was happening…

…as if American freedoms were just granted, entitled, unearned, with no requirement to protect them…

…as if entire nation states were not trying to end this experimental concept of a democratic republic.

Living with one foot “in country” (overseas) and the other “in CONUS” (continental United States) was challenging because it involved balancing disparate lives in alternate worlds.

After years of burying some of these memories in an attempt to rebrand myself with corporate skills and delicate charms, it seems surreal to think that the man in the picture was me. I look back on it and think, “Man, I was a different person.”

Was I, though? Perhaps, we all were! Perhaps, not. We became what our country needed us to be—warriors.

Deep down, that never goes away. Anyone daring enough to break into our homes will invariably find out. That inner beast may lie dormant, but it awaits the next call. The beast can serve as a massive catalyst for good, but it can also serve to ruin one’s life.

That inner beast is what many veterans struggle to control and harness after coming back from the unabated rawness of the basic human struggle to then comprehend this utopian-like society that exists largely ignorant of the cost of its freedom.

Unsurprisingly, veterans often wander estranged from society, because the majority of Americans cannot understand the raw intensity of a combat deployment. Deployments opened our eyes to the capacity – the good, the bad, and the ugly – of the human being.

While deployed, the trivial things society taught us to care about revealed themselves to be meaningless. We lived in the same “cammies” for weeks on end without a shower. Our entire existence fit in a rucksack. No phone calls. No text messages. No social media. No news. The concepts of a fancy car, local hangouts, or a nice house seemed…distant. Again, meaningless.

Each time, we came back to witness people living out a single digit percentage of their true human capacity. They worked the same job, lived for the weekend, and coveted each other’s houses, toys, girlfriends, or careers. Trivial lives. Once again, seemingly meaningless.

You are surely beginning to see the contrast I am presenting. In order to see one another’s cares as meaningless, by comparison, you must have an entirely different standard that represents “meaning” with which to compare. For us, meaning was found in rescuing victims, killing terrorists, and dragging one of our brothers “off the X” while calling a MEDEVAC to enhance his survivability.

Our freedom and our lives accompanied the bullets from our weapons, just as much as they were threatened by those returning. We were well-acquainted with the cost and the value of our lives. We had plenty of “downtime” to consider it. Downtime was the best and worst part of a deployment. We considered the value of our sacrifice and were reacquainted with it each time we faced a “fallen angel” scenario, a term used to describe a fallen brother.

These veterans, including myself, are back home, only now we see “home” through a completely different lens than do our corporate peers, family, and friends. We represent a hardy and audacious group—a resilient and self-motivated segment of society. Many, if not most of us, crave nothing more than latitude and a commander’s intent. In other words, we need only to know the objective, and we will figure out the rest.

Yet, as we attempt to re-integrate into society by pursuing college, graduate, or post-graduate degrees, we find ourselves surrounded by victims keeping track of an ever-growing list of grievances for which they are becoming victims. We commiserate with other veterans about having to listen to Gen-X and Gen-Z students pontificating on how Jeff Bezos has too much money that should be taken away, or that somehow social justice calls for boys and girls to be called “things” rather than the precious and immutable gender-specific beings their parents glowed over in the delivery room. These are somehow the surreal crises of our time.

In the corporate world, we encounter pencil-pushing yuppies stressing over a PowerPoint format, a pivot table, an honest performance evaluation, or not having their expensed meals approved. Everyone scurries around genuinely afraid of what others think of them. To many of them, the thought of not living through the day is as foreign as servant leadership.

In each area of our lives and within each industry, we—returning veterans—find ourselves seeking meaning. Meaning is now our unit of value—our currency. It isn’t some flaky narcissism touting to “save the planet” or to solve the world’s inequities. This is a real, human-centered, qualifiable characteristic that exists in every human being…a desire to have meaning in life (aka “the pursuit of happiness”) that, when extinguished life becomes dull at best, unbearable at worst.

At school or in the workplace, we come up empty. We miss the raw and honest interactions with our brothers in arms. During years of facing real challenges, shoulder-to-shoulder, we were introduced to new way of qualifying “meaning,” unequivocal loyalty, and altruistic service. These were not a badge of virtue, but a baseline of behavior.

For this reason, many veterans leave armed services and join a community fire department or a law enforcement agency. They wish nothing more than to continue serving within the safe company of trusted brothers and sisters. Their unit of value incentivizes them to serve a higher purpose.

“Higher than what?” you might ask. The answer to that is relative for each individual. Ultimately, they remain on a mission to serve others, their community, and a set of values that you’ll probably find them snarking about but for which they would instantaneously sacrifice their lives to preserve.

I guess, in a way, I was not any different. After completing my Master of Engineering, I began my climb up the proverbial corporate ladder. Fifteen years after college, I found myself starting below my college peers who had a leg up on resume buzzwords and cultural norms. I was new to the civilian ethos and its sensitivities. Like many of my peers, I was bored with the simplicity of the job and overwhelmed with the complexity of societal faux pas. Regardless, I did my very best to perform, adapt, and  learn everything I could before launching on my own.

Eventually, God gave me the green light to incubate and launch Bulwark Coffee Company, the first-ever company to donate 100% of its profits in service to those who serve their communities. Like most, I still believe we live in the greatest country that has ever existed. I also believe it is because rough men stand ready to do violence on our behalf.

Bulwark Coffee Company is a veteran-owned company on a mission to serve those who serve. Unlike other coffee companies who say, “Philanthropy is More Than a Corporate Policy ,” while only donating one-half of one percent of revenues to charity, Bulwark Coffee Company sells premium quality coffee and donates 100% of its profits to address the unmet needs of first responders, veterans, and their families. 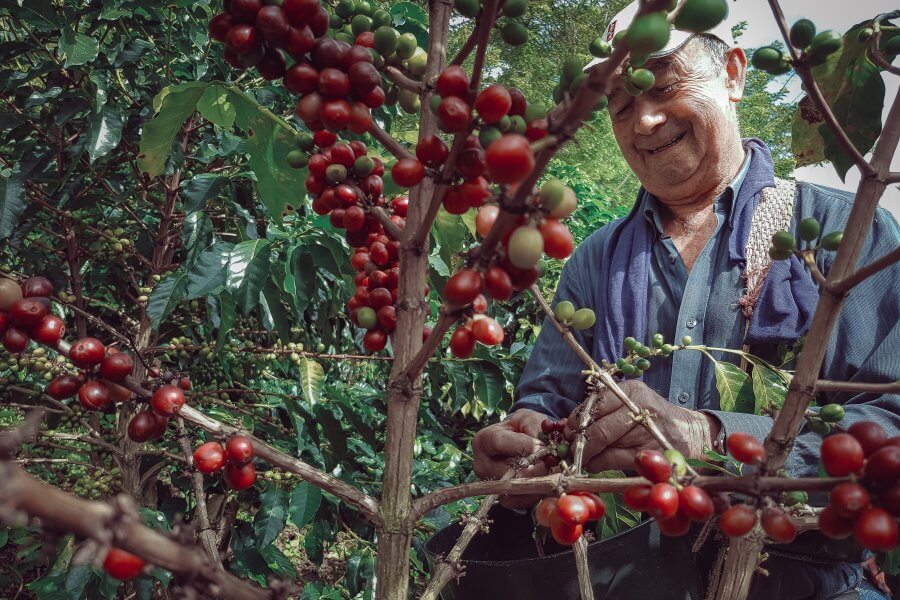 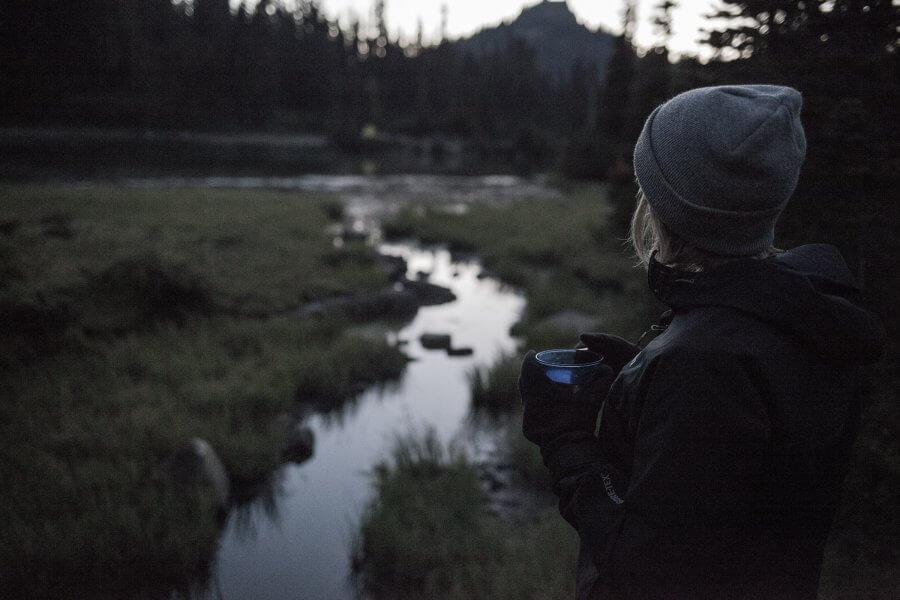